The Damage Of Hypoxia 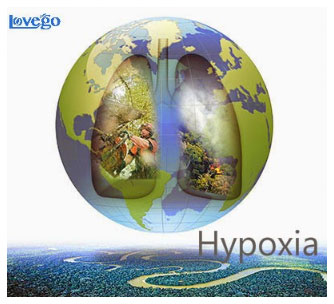 Hypoxia refers to be lack of oxygen in the body.Because of the low oxygen levels in the blood, the carried oxygen to other organs and tissues is not enough, then, each system of the body will be affected. The short time hypoxia can cause body feeling unwell, for a long time hypoxia, it can cause tissue lesions.

Mainly, there are three kinds of reasons that lead to the hypoxia.The first one is the barrier type for oxygen intake.The respiratory disease like asthma and COPD ect are the main hypoxia cases;The second one is transport barriers, we know the oxygen is mainly transported by the blood, if it happens problem, then it will cause the human tissue hypoxia and the result is lesions. The coronary heart disease, atherosclerosis, cerebrovascular disease and anemia belong to this kind. The third one is excessive consumption type,the most common is those who overstrain their nerves.

Hypoxia will bring much damage to our bodies, and below are the main clinical manifestations of the hypoxia for main organs:

1.Cerebral anoxia: The brain's response to hypoxia is extremely obvious. To a able-bodied person, the weight of the brain is 2% of the total body, but its oxygen consumption accounts for 20% of the total ones, accounts for 1/6 of the oxygen in the blood (cardiac output). If the brain is anoxic,  then, the headache/ restlessness/ drowsiness and encephaledema will happen;If the anoxia lasts above 4mins, then the brain cell will be irreversible necrotic, and comes to disturbance of consciousness, hyperspasmia, coma and finally death.

2.Heart Hypoxia:  For the mild hypoxia, it will increase myocardial contraction, quicken the heart rate, enlarge the cardiac output, increase the pressure or make the pressure decline. If it is severe, both the blood pressure and heart rate will decline, then it will lead to the myocardial necrosis, cardiac failure, cardiac arrhythmia, shock, even the sudden cardiac arrest.

3. Lung Hypoxia:to the mild hypoxia, breathing movement increases and the breath becomes faster and deeper. If it is severe, the respiratory center will be inhibited, and then leads to dyspnea, breathing arhythmicity, cyanosis, laryngeal edema, pulmonary edema, artery contraction, and enhance the pressure of pulmonary vascular resistance &pressure of artery.

5. Retinal hypoxia: we’ll have dim eyesight and be loss of vision.

If the body is in a state of chronic hypoxia for a long time, it is easy to cause cancer.

Nowadays, the hypoxia is becoming more and more common, we shall pay enough attention to it.