Respiratory failure is a disease of the lungs. It is inadequate gas exchange by the respiratory system, with the result that levels of arterial oxygen, carbon dioxide or both cannot be maintained within their normal ranges. 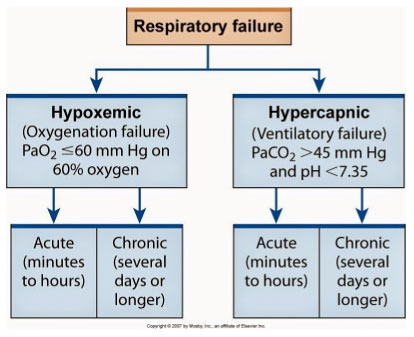 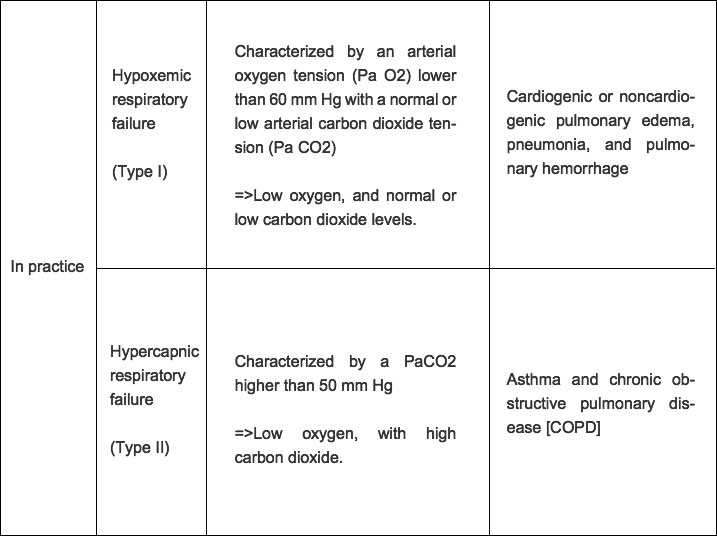 Type I respiratory failure occurs because of damage to lung tissue. This lung damage prevents adequate oxygenation of the blood (hypoxaemia);however, the remaining normal lung is still sufficient to excrete the carbon dioxide being produced by tissue metabolism. This is possible because less functioning lung tissue is required for carbon dioxide excretion than is needed for oxygenation of the blood.

Respiratory failure is accompanied by a number of symptomsincluding:

Bluish coloration of the lips or fingernails

Confusion or loss of consciousness

Fainting or change in level of consciousness or lethargy

One of the main goals of treating respiratory failure is to get oxygen to your lungs and other organs and remove carbon dioxide from your body. Another goal is to treat the underlying cause of the condition.

Multiple options are available for the treatment of respiratory failure. Examples include:

Bronchodilators, including anticholinergics, such as tiotropium (Spiriva), or beta agonists, such as albuterol (Proventil)

Mechanical ventilation, if oxygen therapy if not sufficient to increase blood oxygen levels

Tracheostomy, a hole made in the front of the neck to help you breathe

Any Questions when you use LoveGo POC, kindly contact us