Robert Matchette and Being Happy Despite COPD 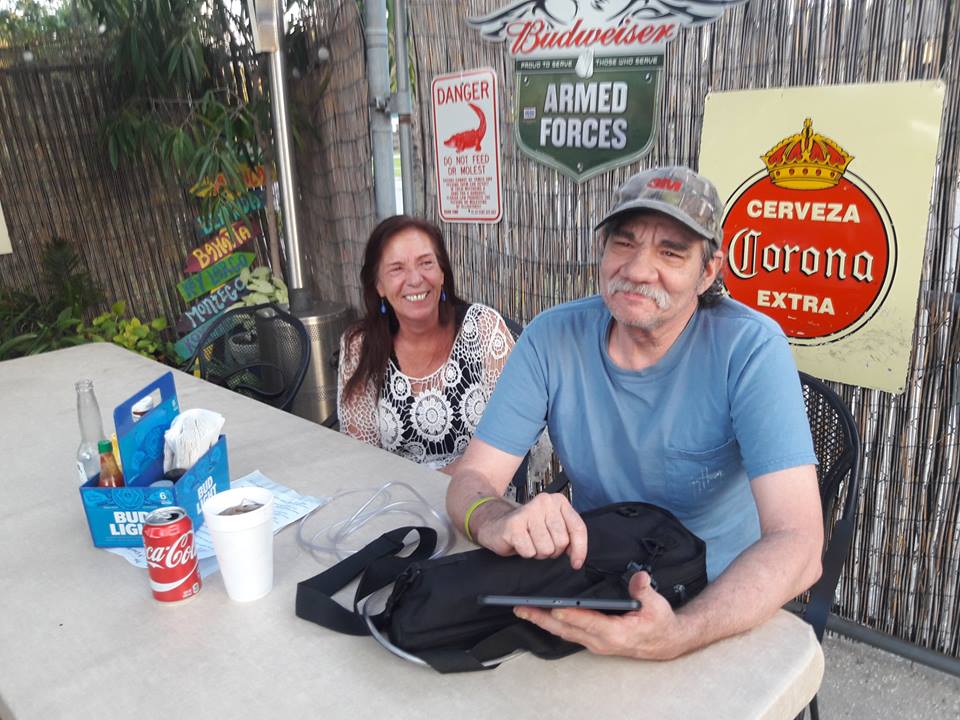 Robert Matchette and Being Happy Despite COPD

Having COPD is quite a life-changing experience, and with all the symptoms and challenges it brings, it could easily get you down. Not for Robert Matchette, however. This talented guitar-picking guy looks all jolly and light-hearted, and from his guitar videos and our interview, it seems like he’s one of those who doesn’t let COPD rule his life.

Let’s get to know more about Robert and his COPD story below.

Robert and the start of his COPD

A hospitalization back in 2012 revealed the diagnosis. He had been a smoker for years and this hospital incident made him realize that he had to stop. “I found out in December 2012. I stayed in the hospital for five days and then they told me I had COPD. I was already in Stage 4. I quit smoking that day,” Robert recalls. He was 52 years old.

Any patient would be shocked to know that his initial diagnosis is an advanced one. This being said, the next few months and years weren’t easy on Robert.

At first, I went to a clinic that was doing research and got free medications to do a study,” he says. When the medications ran out, “I filed for disability in June of 2014,” recounts Robert. “I had to do this to be able to get medications for free.”

The succeeding year wasn’t so great either. “I was having a really hard time with life. In 2015, I got admitted to the emergency room 13 times! I was having too many flare-ups. I thought I’d almost died back then. It was really scary.”

Robert didn’t give up however. In 2016, he went for a treatment that still had conflicting evidence in the medical field.

“In April 2016, I got stem cell treatments. And I think they are working,” quips Robert.

For those who aren’t quite familiar with stem cell treatments, this type of therapy involves introducing new adult stem cells into damaged tissue. Stem cells are cells that are able to divide and renew themselves over long periods of time. They also have the ability to mature into cells with a specific function. When stem cells are introduced into damaged tissue, they have the potential to treat the disease or injury.

Currently, however, there is conflicting evidence to the effectiveness of stem cell treatment for COPD. But for a number of patients like Robert, this therapy seems to be helpful.

“Stem cell therapy only helps 10-20%,” says Robert, “but when you are fighting for your life, it’s a big difference.”

When asked how he is right now, Robert says that he feels great. “COPD is a drag and it’s hard to breathe from time to time, but at least I’m able to play my guitar and have a life.” Simple things like his guitar, plus getting to wake up everyday with the love of his wife Kathy, is enough to make Robert happy.

He currently deals with COPD symptoms by taking medications and doing breathing treatments throughout the day. Now at 58 years old, he hasn’t gone to the ER since August of 2016, so all in all, life is good for Robert. “I’m just blessed to be alive right now and I could not be happier,” he says.

We thanked him for sharing his story, and not surprisingly, this light-hearted fellow says, “If I can help one person, it is worth it.”

Do you have a COPD story you’d like to share too? Let us know in the comments below!